Last November my sister asked if I wanted to ski for Christmas. No. But did they want to come through the Panama Canal? She didn’t even ask her family before saying yes. Somehow we both knew this 48-mile passage was going to be special.

So did Charles V. While King of Spain and Holy Roman Emperor back in 1534 he ordered a survey of the newly discovered, at least by Europeans, isthmus. He figured control of a canal would give him a huge advantage over Portugal. It was a great idea shared by lots of others over the next 300 years including Thomas Jefferson. But the technology didn’t exist. It wasn’t deemed possible until 1881 when the French, high off the financial and engineering success of the Suez Canal, starting digging.

It was a disaster. The horrifically dense jungle was full of poisonous snakes, it rained a ton and workers dropped dead from yellow fever and malaria. At a rate of about 200 each month! The project went bankrupt. But not before spending US$ 287,000,000, loosing the money of 800,000 investors and killing 22000 people. Organizers were prosecuted, including Gustaf Eiffel of tower fame! 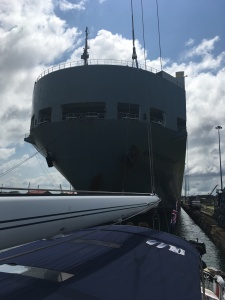 The United States convinced the Panamanians to declare independence from Columbia and came to the rescue. Sort of. They got the canal built using a clever system of locks instead of a deep cut. The first ship went through on August 15, 1914. It remains a phenomenal feat of engineering and an amazing experience.

Yet, this was not a boom for Panama. The Americans controlled the land 5 miles on either side of the canal and took the profits. They created a little USA with in this area. Stores stocked American goods; theaters showed American movies. John McCain was born here in 1936. People boasted of never needing to leave the zone. They even built a wall (some things never change). Panamanians were not allowed in with out special permission and could not sell goods to either the ships or the inhabitants of this special region. 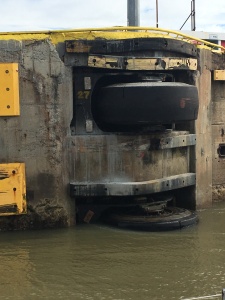 This was all history by the time we started our expedition. In 1979 Jimmy Carter signed a treaty giving the canal back to Panama. It is now a cash cow for the country. Ships pay based on size, type and cargo. Rumour has it the fee is just slightly cheaper than the cost to go 8000 miles around Cape Horn. The highest fee to date was US$375,600. The smallest was 36 cents paid by Richard Halliburton when he swam the canal in 1928.

Our northwest (that’s not a typo!) route from the Pacific to the Atlantic was supposed to take about 9 hours. But we are a small boat so very low priority. They squeezed us in where there was room around bigger, higher fee paying vessels. We had to overnight on the lake 85 feet above sea level.

It takes three locks to get up that high and another three locks to go back down. We carefully sailed into the chamber with dark wet 30-foot walls looming on either side, caught the lines they threw us from above and waited for the churning water to rush in and lift us to the top of the first lock. We were warned it would be rough; the lines had to be kept taut to avoid hitting the side. The boys did all the work. From my perspective we peacefully floated up, waited for the doors to gracefully separate and sailed onto the next lock to start the whole process again. Pure magic. 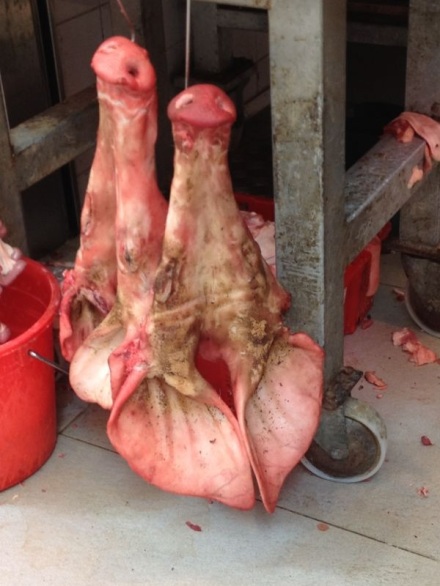 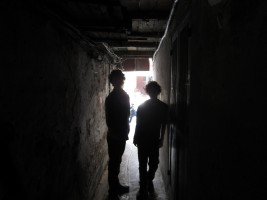 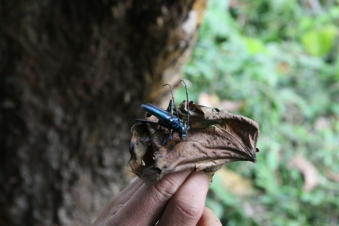 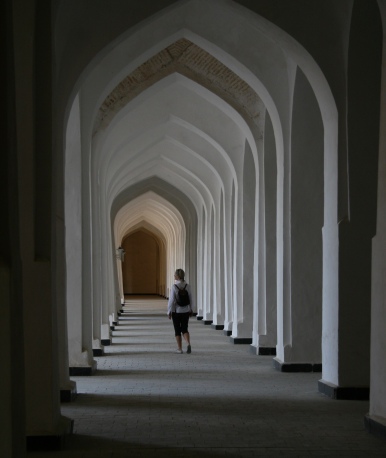 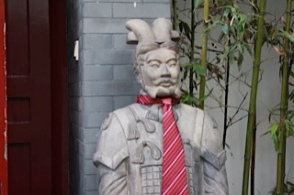 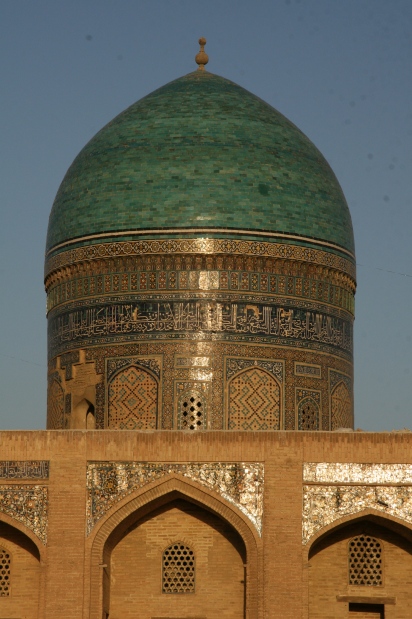 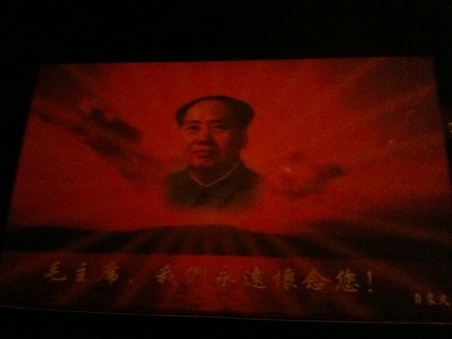