1967. Haight Ashbury celebrates the summer of love, the Beatles release Sargent Pepper, Thurgood Marshall becomes the first black judge on the US Supreme Court and Charles De Gaulle proclaims ‘Vive le Quebec Libre’. My family hopped on a boat and sailed to Europe. While Timothy Leary was urging people to turn on, tune in and drop out I was discovering just how good food could taste and what was to become my bible, the Michelin Red Guide.

I was 5. My parents took me to Lyon and Paul Bocuse.

Paul Bocuse at 91 is often referred to as the grandfather of French Cooking. Back then he was an innovator. The term nouvelle cuisine had yet to be coined, but Bocuse was already a legend.   He had been honored with the title Best Craftsman in France. And two years before I arrived he had achieved that most coveted of culinary accolades, three macarons from Michelin (calling them stars is so not in the know, I’ve been told).

We went for lunch. I ordered escargot. They were my favorite dish. I was an odd kid. Bocuse came to chat with our table. Family lore has it that I told him his escargot were much better that the snails served at whatever my favorite New York restaurant was at the time. He was so charmed by my discriminating palate that he offered me a tour of his kitchen. My mother’s pleas to accompany us were met with a firm disdainful “non”. Off I went by myself.

Bocuse had taken over his family’s restaurant back in 1956 after apprenticing under the culinary gurus of the day.  One of his mentors was the famed Eugenie Brazier, the first woman to ever achieve Michelin’s highest honor. She is credited with turning Lyon from a silk town into the capitol of French gastronomy.

John took me back to Lyon and Bocuse a few weeks ago. They had no record of my earlier visit but were very polite when I told them my tale, allowing me a quick visit to the kitchen and a photo opp with the chef de cuisine.  We did not see Bocuse but I did have escargot again.  They were as good as I remembered.

In fact, all the food was good and the service was perfection. He still has three macarons. He has for 53 years. A record. But it’s hard to believe his cooking was once so ground breaking. Authors Gault and Millau, in their 1969 food guide, suggested there were 10 elements to the formula for this revolutionary new style of cooking.  Chefs must veer away from the heavy creams, sauces and strong marinades of classical French cooking, rejecting excess complication and large menus.  Cooking times were reduced to preserve the taste of underlying ingredients which therefore needed to be fresh. Regional dishes, customer needs and new techniques and equipment should inspire inventive new combinations and creations.

To us it seemed rather quaint and old fashioned. So do hippies! How things change. 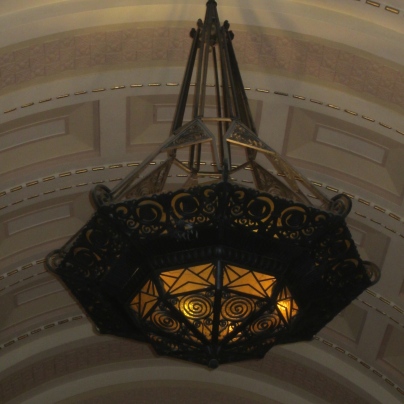 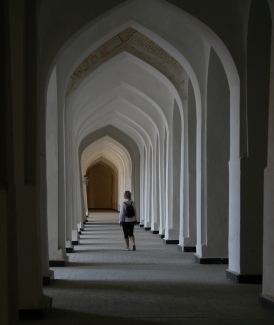 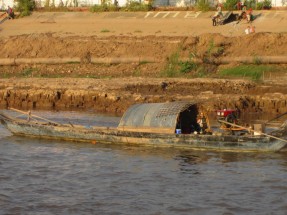 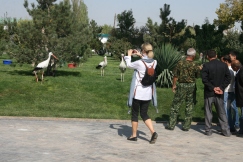 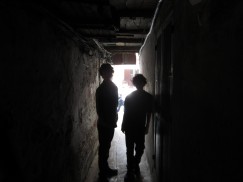 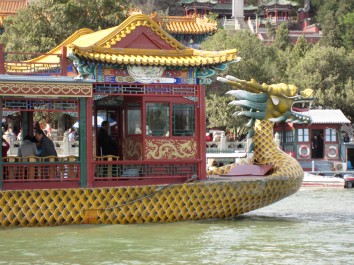